This is about places I’ve experienced that have returned to nature. These places are sometimes called “involuntary parks” to distinguish them from intentional parks like Yosemite, Canyonlands, or Death Valley. Just like national parks, involuntary parks have their own special kind of beauty - a beauty that doesn’t stand alone like a mesa or a sunset, but a beauty that only exists in contrast to something else. That something else is civilization, and by shining light onto one you cast a shadow onto the other, which is why involuntary parks are so interesting: when you’re exploring an abandoned place you’re also exploring every place that isn’t abandoned.

After the Cherobyl nuclear disaster in 1986, a Zone of Alienation (The Zone) was established in the vicinity of the Chernobyl nuclear power plant. Humans were evicted by the Soviet military and never allowed to return. But The Zone is not entirely abandoned: it’s been re-inhabited by wolves, badgers, moose, and foxes - all species that had gone extinct in The Zone long ago.

When I visited The Zone, I was amazed by the presence of nature - the invasion of tall grasses in front lawns, the tangle of vines sprawled over rooftops, trees bursting from craters in asphalt roads. It was a city for plants and animals - not humans. I was reminded of the story from the Bible where Samson sees bees making honey in a lion’s skull.

This is what the world will be like in a few hundred years - when the human population finally plateaus and starts falling. Cities that sprawled across hundreds of square miles - mega-cities like New Delhi, Lagos, Tokyo - will start to retract, leaving behind hollow concrete ruins like a hermit crab abandoning its shell. I looked into one building and saw these Soviet-era posters lying on the ground. 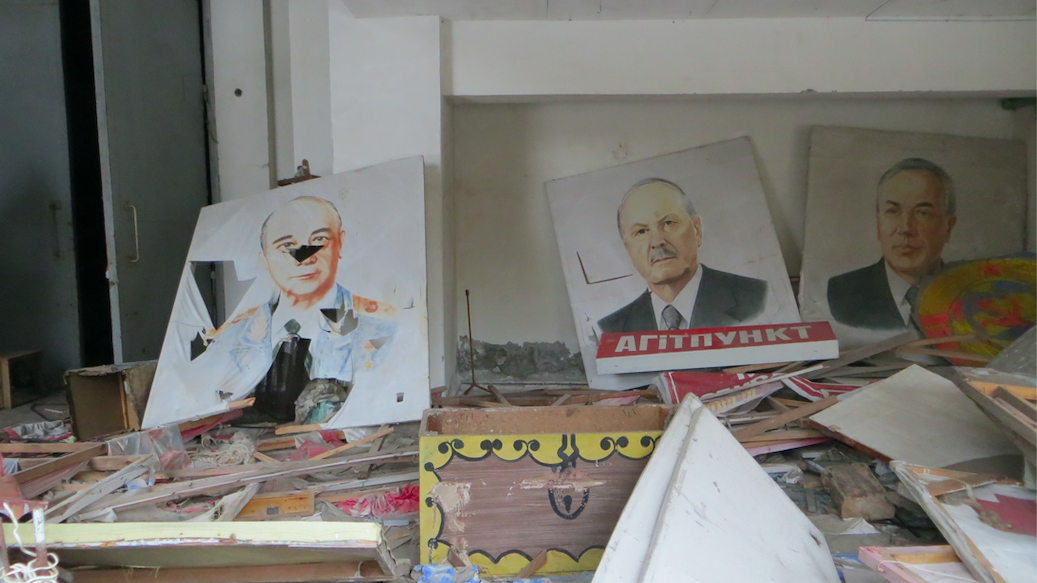 Despite its name, the Korean Demilitarized Zone (DMZ) is the most militarized place on the planet. Like a long jagged scar, it traces a path from the Yellow Sea to the Sea of Japan, splitting the Korean Peninsula into Communist North and Capitalist South. Humans are wary of entering the 2.5 mile-wide gap between the two countries: towns, villages, farms, and factories were all abandoned in the wake of the Korean War. But animal and plant life are less apprehensive: today the area is one of the most biodiverse regions in North-East Asia. There are even claims that locally-extinct Siberian Tigers have re-colonized the DMZ…

There was a big rusted-out train that I saw in the DMZ - covered in so many bullet-holes that it was more hole than steel… I imagine that during the course of the war the forests were burned down and the animals slaughtered - for food or fun or just by accident. But they’re back. You can burn down a city and people will stay away for generations - they have long memories - but when spring comes the weeds will burst out of the dirt.

The feeling of regeration was tangible. Little grasses poking out of cement cracks. Bushes where they weren’t supposed to be. But there’s a sadness too, the knowledge that you - a human - have to be subtracted from the landscape for it to be what it’s supposed to be - they’ll be better off without me. 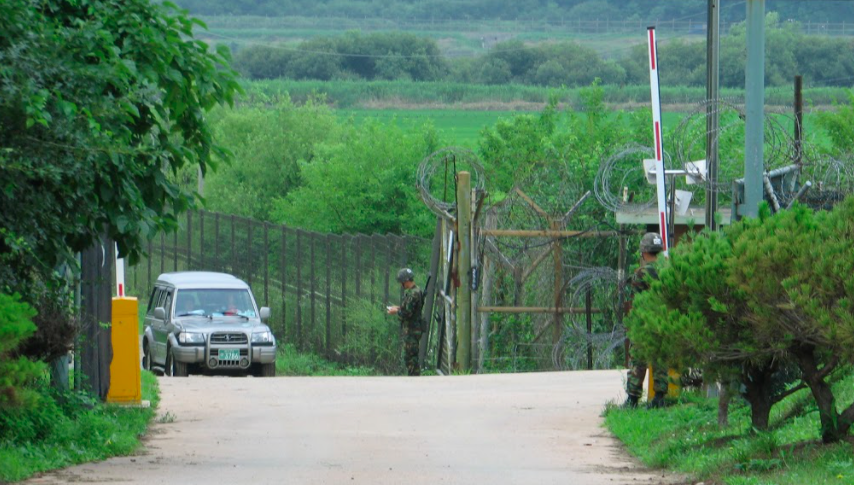 In 1962, life in the mining town of Centralia, Pennsylvania changed forever. A small fire spread to a coal-strip mine. Like a metastasizing tumor, the fire spread beneath the city, following veins of anthracite coal. Smoldering pits began opening up across the city, swallowing up homes, animals, people. In a town of devout protestants, it didn’t take much convincing for the inhabitants to correctly interpret the metaphor of fire and brimstone, and Centralia was abandoned. A half century later, birds make nests in mail boxes, frogs lay eggs in gutted churches, and deer stroll confidently down Main Street in the middle of the day…

I passed through Centralia while I was driving from Pittsburgh to NYC. There were some other visitors milling about, poking around the ruins. The weather was oppressively hot - from the air, or from what was underneath the ground? In America there’s this myth of progress, of success - that hardship happens but there’s always a silver lining. Not many people died here: they just picked up their belongings and moved onto greener pastures. I believe in this myth too - I really do. Centralia didn’t make me sad or force me to contemplate the fate of the human race - it just made me move along.

The United Nations Buffer Zone separates Turkish Northern Cyprus from its Southern (Greek) neighbor. Established following the Turkish invasion of Northern Cyprus and subsequent displacement of Greeks from the northern half of the island, it’s much more permeable than the Korean DMZ or The Ukrainian Zone of Alienation. Despite a limited human presence, animal and plant life still flourish: in a region that’s been victimized by human civilization longer than anywhere else on the planet, this twisted strip of land has been allowed to return to nature. North of the buffer zone is another scene of neglect…

Eason and I hitchhiked from Larnaca in the South to the abandoned city of Varosha (also called Maraş). We hopped the fence and meandered through streets that hadn’t seen car traffic in half a century. Since the war, the city’s been walled off, its mostly-Greek residents refused their right of return - kept un-developed as a bargaining chip for when the island is eventually re-unified. Silt had accumulated against a building and we climbed the pile right into the second storey. We found bookshelves with the books still on them. One fell open. A Greek Bible. There was an image of Eve holding the apple, smiling cautiously, about to take a bite, the serpent in the background, smiling deviously. I still have that Bible page, pasted into one of my journals somewhere.

My brother and I took trains from Tokyo to the northern Japanese city of Ishinomaki which was destroyed by the tsunami in 2011. About a hundred miles south along the coast, the same tsunami had caused the Fukushima Daiichi nuclear power plant to melt down. Their homes flattened and the ruins now probably contaminated by radiation, the residents who survived the destruction of Ishinomaki had decided not to return.

Tsunami stones stand in silent vigil in many places along Japan’s coastline. These tall slabs are carved with warnings - don’t build your town in this valley, it will be destroyed! But the warnings were overlooked. Now this place has been returned to nature - soon the pine forest will swallow up the town, the railroad will vanish… And in a hundred years, maybe two hundred, there will be another earthquake, another tsunami, and the cycle will repeat itself, but the tsunami stones will remain. 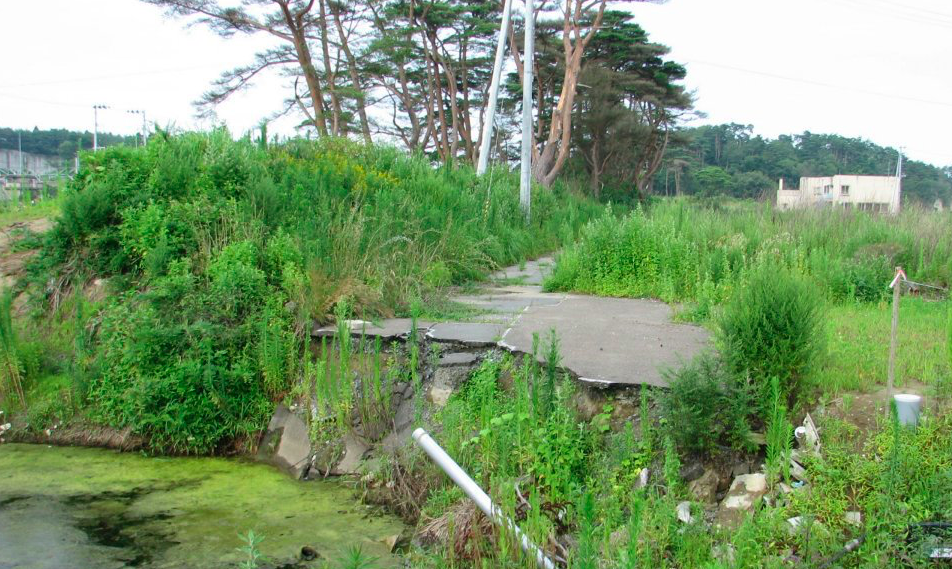 Each of these are examples of involuntary parks, created unintentionally by humans as the result of war, conflict, and industrial catastrophe. During my itinerant mid-20’s, I happened to stumble across many of these places. Nowhere in the world is free from human influence: even the most “virgin” forests have been radically transformed by humanity over the past hundred thousand years: where are the mammoths, mastodons, and sabre-tooth tigers? The special thing about involuntary parks is that they admit to having been influenced by mankind – this is a kind of honesty you don’t experience in Yosemite, Yellowstone, or the Grand Canyon – all places that despite their beauty have nonetheless been subjected to dramatic human alteration.

As the coronavirus suppresses economic activity across the world, we’re entering a phase when the entire planet is being turned into a (temporary) involuntary park. The skies over China are clearing of smog, the rivers are de-acidifying, there are fewer cars on the street and planes in the air… I’m not sure if this is a good thing or a terrible thing, but hopefully it makes you pause to think, like it made me.